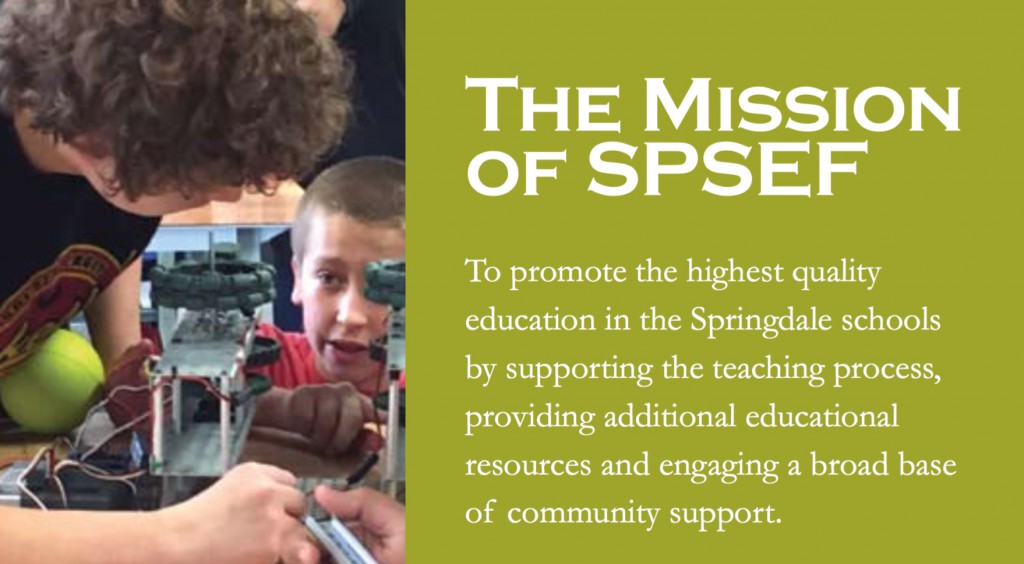 In July 2003, a group of Springdale community leaders came together to discuss the possibility of creating a Springdale Public Schools foundation that would raise private funds to support the school district’s high expectations for student academic achievement. Although that group met several times over the next 18 months, the planning committee could not identify a volunteer to serve as the foundation’s executive director. Interest in starting a foundation diminished over time. Then in November 2010, at the City Futures 3 Retreat, interest in an education foundation was rekindled when the conference attendees identified the need to start a school foundation as one of their top three priorities for 2011.

Help us provide every child with a strong foundation by making your tax-deductible gift today.

Or, if you would prefer you can make your PayPal gift today with just a few clicks. If your contribution is in Honor or Memory of someone, please let us know in the “Note” section as you process your Paypal gift.